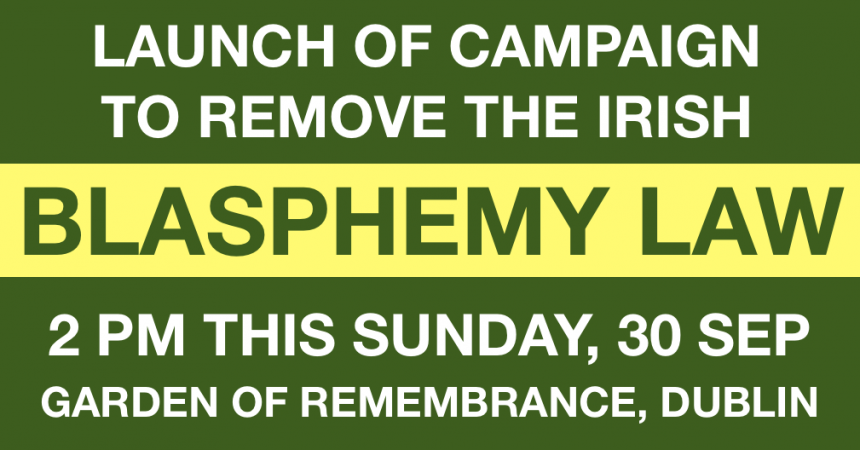 24 victims of blasphemy laws around the world have today published this open letter, asking people of Ireland to remove our blasphemy law in the referendum on 26th of October. Thanks to our colleagues in the International Humanist and Ethical Union for coordinating this.

To the good people of Ireland,

We are human rights activists, writers, and campaigners for equality, and committed to freedom and peace. We have all been threatened with fines, imprisonment, torture, or death for “blasphemy” in our countries. In some cases, our friends, family, and colleagues have been brutally murdered. We know that our plight may seem distant to your daily concerns but it is linked.

It makes all our work that bit more difficult when western democratic countries maintain laws that criminalize debate, satire and criticism concerning religious beliefs. The existence of blasphemy laws in European democracies like yours gives cover and support to the laws under which we are persecuted around the world. At the same time it lends false legitimacy to the extremists who claim that “blasphemy” is a sin which warrants intimidation and murder.

You have the opportunity to send a clear signal to the global family of nations that “blasphemy” laws contravene the human rights to freedom of thought and freedom of expression and should be repealed.

We appeal to you from our hearts to seize this opportunity, in solidarity with all those people from around the world – religious and non-religious alike – who are persecuted under “blasphemy” accusations.

You can read more details about the letter and the signatories here.