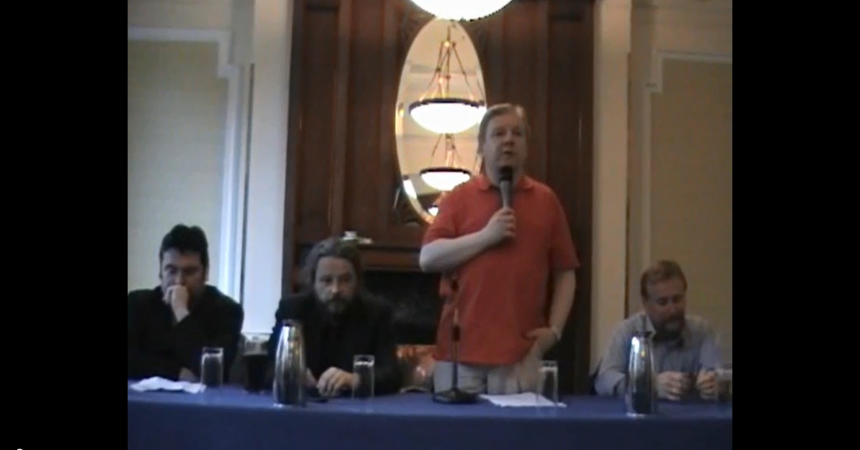 Here are the speeches from the recent Dublin meeting against the proposed Irish blasphemy law, along with discussion from the floor and responses from the panelists. There are nine videos, covering 80 minutes of the meeting. Thanks to Paul for filming and uploading them.

Introduction by Michael Nugent, writer and chair of Atheist Ireland
(10 mins: introducing the blasphemy law and the Church of Dermotology)

More details of the law and comments from panel
(10 mins: Starts with Michael Nugent; Dick Spicer begins at 6:20)

More comments from panel in response to discussion
(5 mins: Michael Nugent on atheism, secularism, morality and the blasphemy law)

Public Meeting next Tuesday in Limerick